I had a lesson over the weekend which was nice because it’s been a long time since Aria and I saw the inside of an arena. While I felt great in the saddle, it didn’t go so well for Aria. She was bracing for a lot of the lesson making it difficult to get proper turn on the forehands and any kind of lateral work. We struggled for a while before it became clear that getting someone with more experience in the saddle would fix the problem quicker.

P ended up schooling Aria about 75% of the ride. Totally fine by me since it was clear a tune up was needed. Especially if I considered how long it might have taken me to get the same results. Aria ended up pulling off some pretty nice work towards the end but she didn’t make it easy. 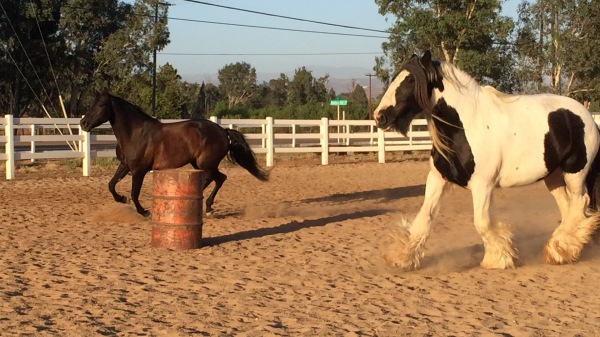 Now I’m planning to hit the arena again for some serious flat work this week. We need to get back to business. More flexion, more stretching, more circle work, more walk/trot work. We’re definelty going to be doing way more walk/trot work that I would like but sticking it in low gear really is the best way to perfect the basics. 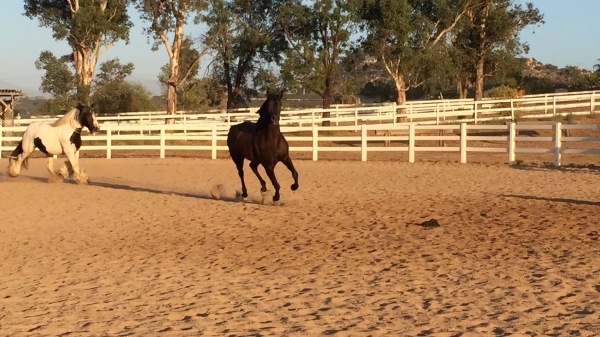 I don’t think a lesson will happen this following weekend since P is one of the clinicians at the Norco Horse Affair but I might pop over to check out her session on Saturday. A bit unfortunate that I won’t be able to get a set of professional eyes on me again for a couple weeks but Aria and I will work something out, I’m sure. Hot Mess is certainly a style we could shoot for. Haha. 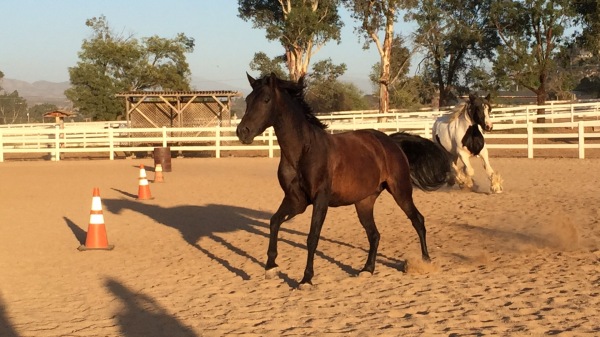 Sunday was super chill because I ended up busy all day and only had a small window of light to work with. I saddled up to ride with my neighbor but some unfortunately placed new geese caused Aria and my neighbor’s horse to lose their ever loving minds. Aria held it together for me pretty well but was definietly feeding off the panicked energy of my neighbor’s horse. He’s HUGE. I think Aria bascially said ‘if he’s afraid, I should be afraid too!’ 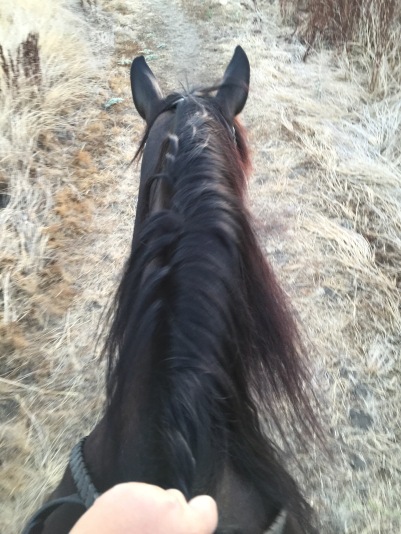 10 thoughts on “Back to Business”